It’s release day! Yay! Priya is out in the world and there’s a release week only special going on! You can own a digital copy of Priya in Heels for only 99 cents, yo. Saying that makes me automatically think of Macklemore’s Thrift Shop. Because, ya know…shoot, he had to get it cuz was only 99 cents, (bag it).

Want to know what I did before the big day? Nothing. I cooked and ate and did my nails. I took a nap with my puppies while hubby watched football. Now if the Seattle Sounders had been playing, it would’ve been a whole other story! By the way, they did win last Friday. I know, my life is live-on-the-edge-of-my-seat exciting, isn’t it?

What was I feeling the days leading up to release? Super calm and relaxed. I’ve already passed through the excited-out-of-my-mind phase, and then the oh-my-lawd-will-people-like-it phase.

This is me. So chill. 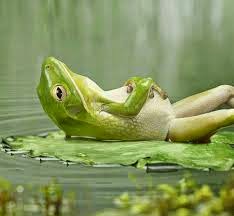 Posted by Ayesha Patel at 8:14 AM No comments:

Email ThisBlogThis!Share to TwitterShare to FacebookShare to Pinterest
Labels: Chill Out, Priya

Priya in Heels releases tomorrow! Yay!! And there’s a special one week only sale, so grab it now, people! I’m so very excited to share Priya and Tyler’s story with all of you! It’s a story that’s very close to my heart, and I hope you love it. To kick off the release, below is a list of where I’ll be in the next couple of weeks. Drop by, leave comments, asks questions, and enter to win a ton of cool stuff.

I'll be dropping by at the Entangled in Romance blog throughout the week.

9/15: Facebook release party! Join over a dozen Entangled authors, including my release day partner, Reese Monroe, and myself for fun and lots of giveaways.

9/15: Of course I'll be hanging out with all of my lovely Desi sisters in writing at Saris and Stories.

Drop by these spectacular blogs and enter to win a Kindle:

9/26: Ramblings From This Chick

9/26: The Chronicles of Lavanya

Posted by Ayesha Patel at 10:47 AM No comments: